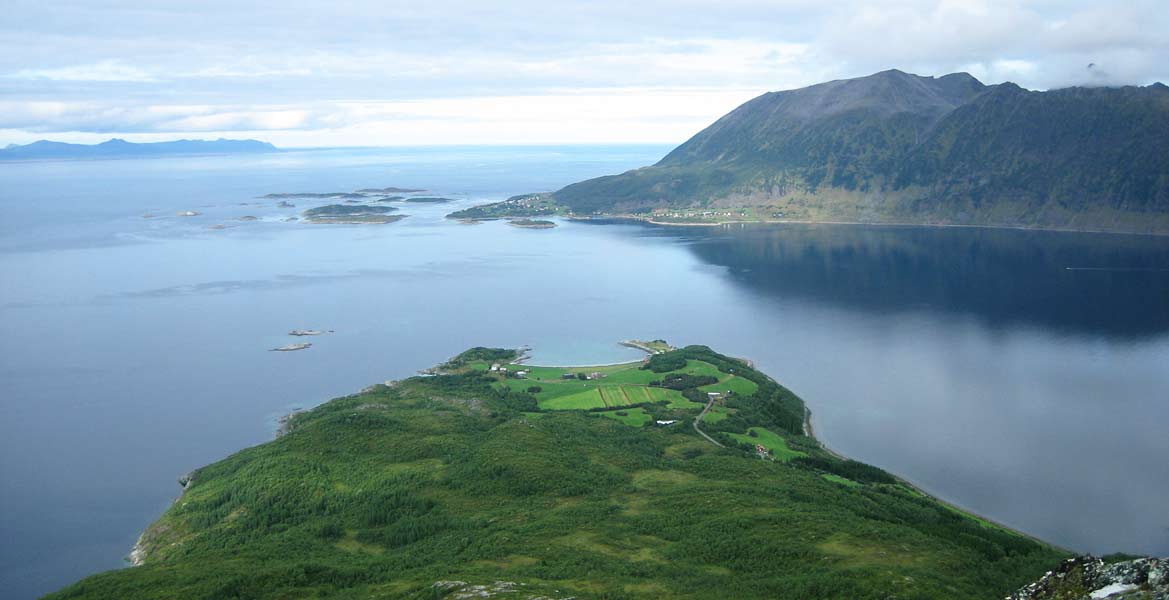 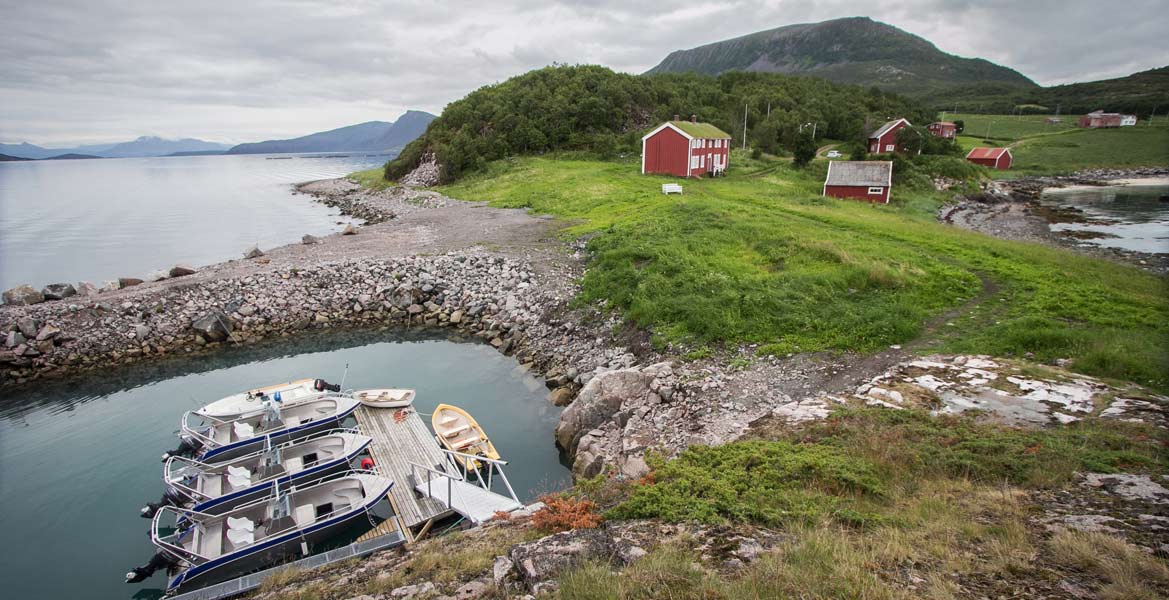 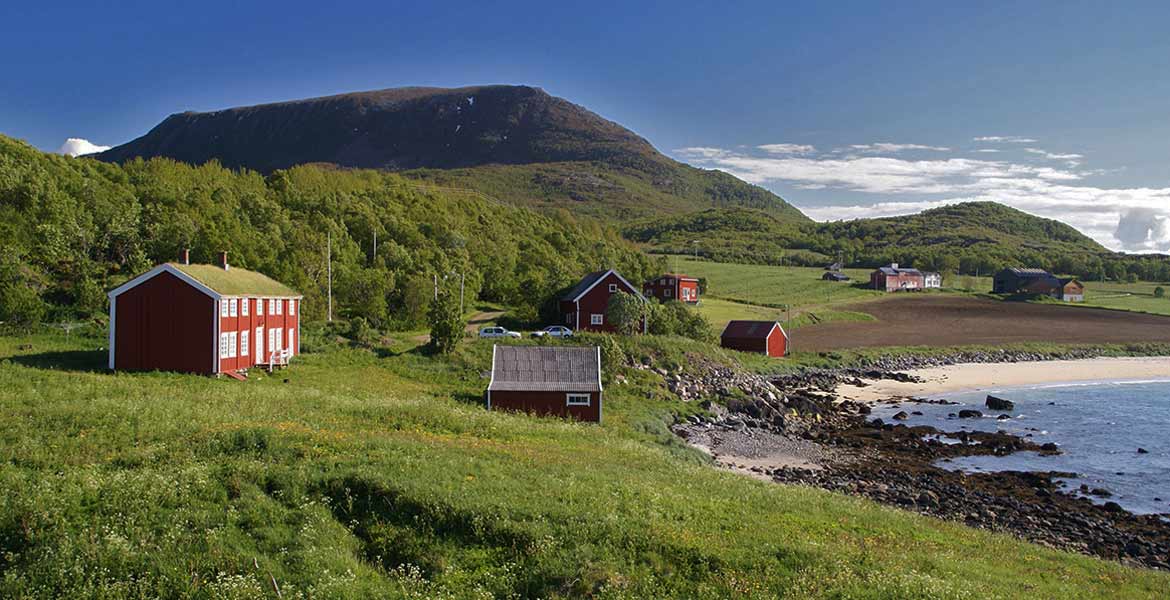 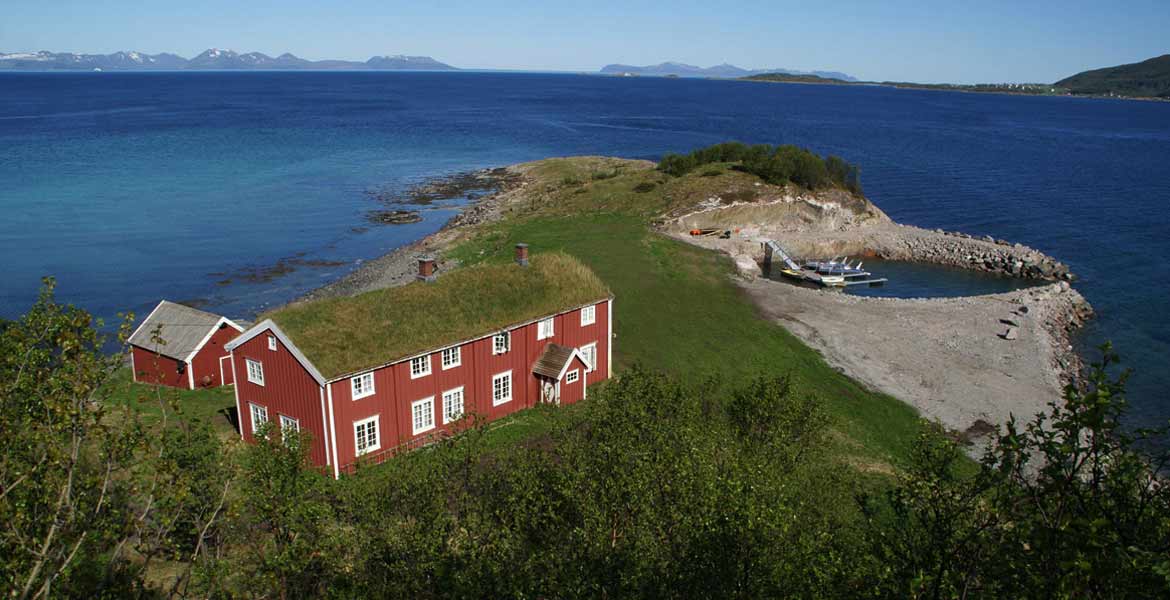 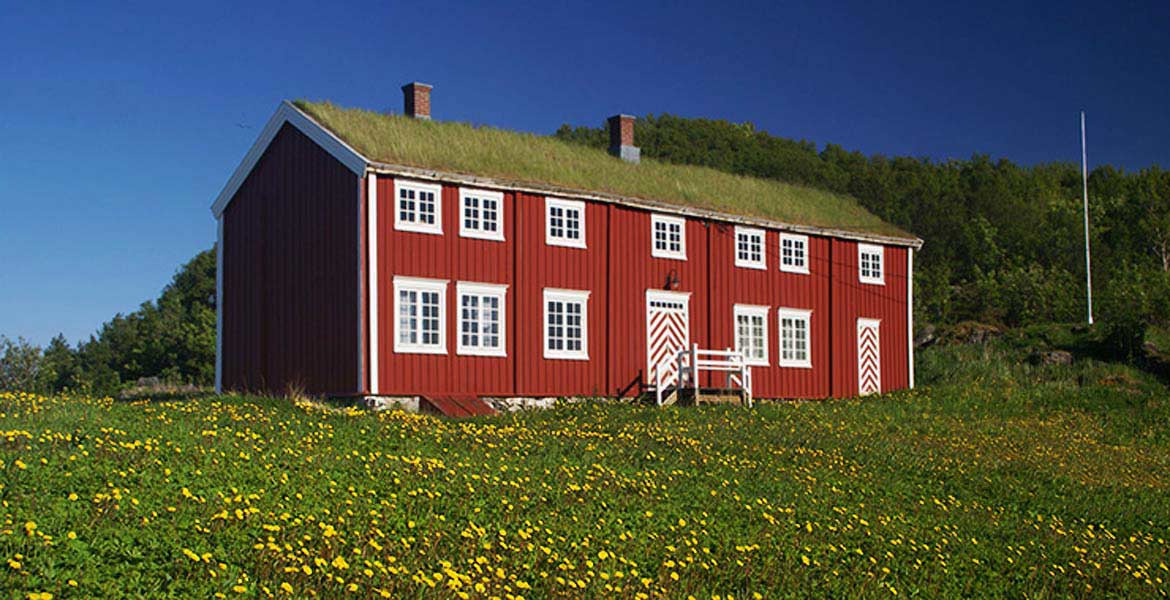 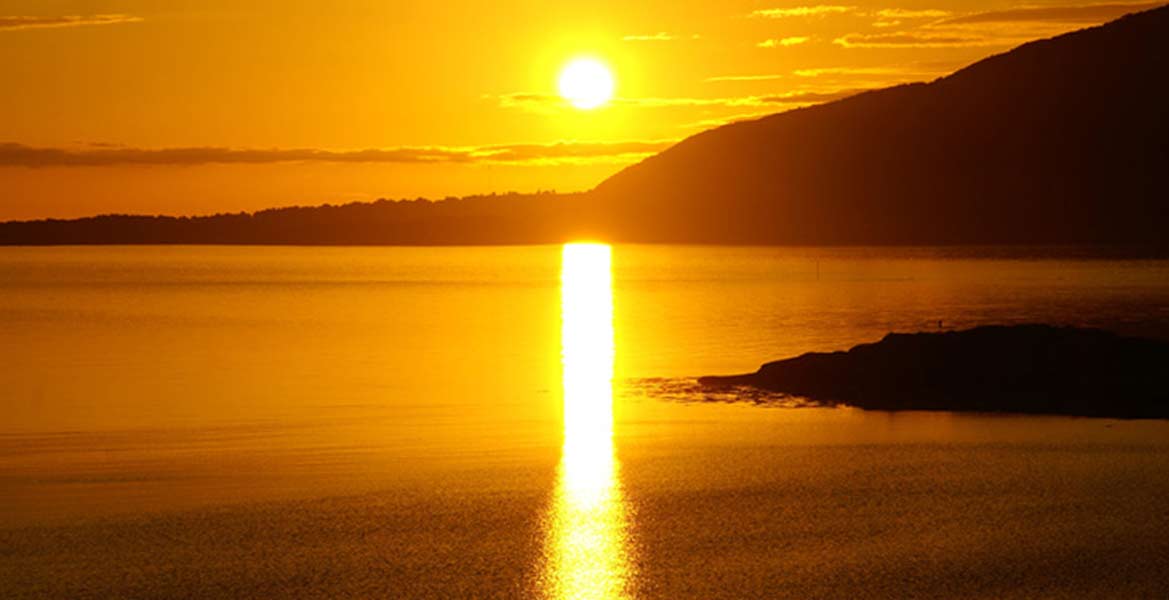 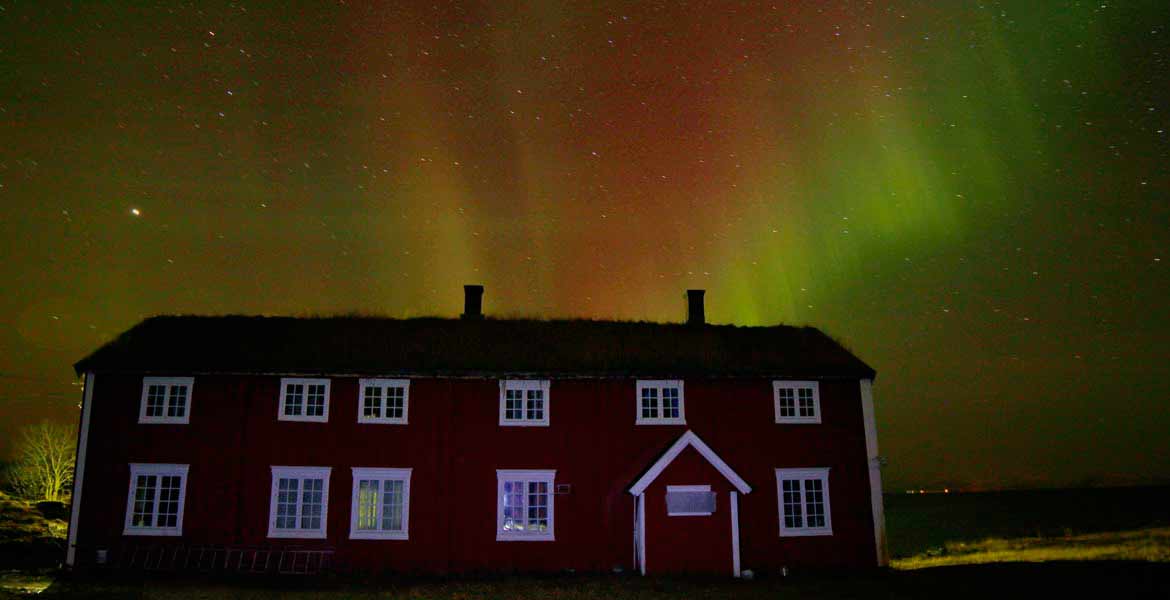 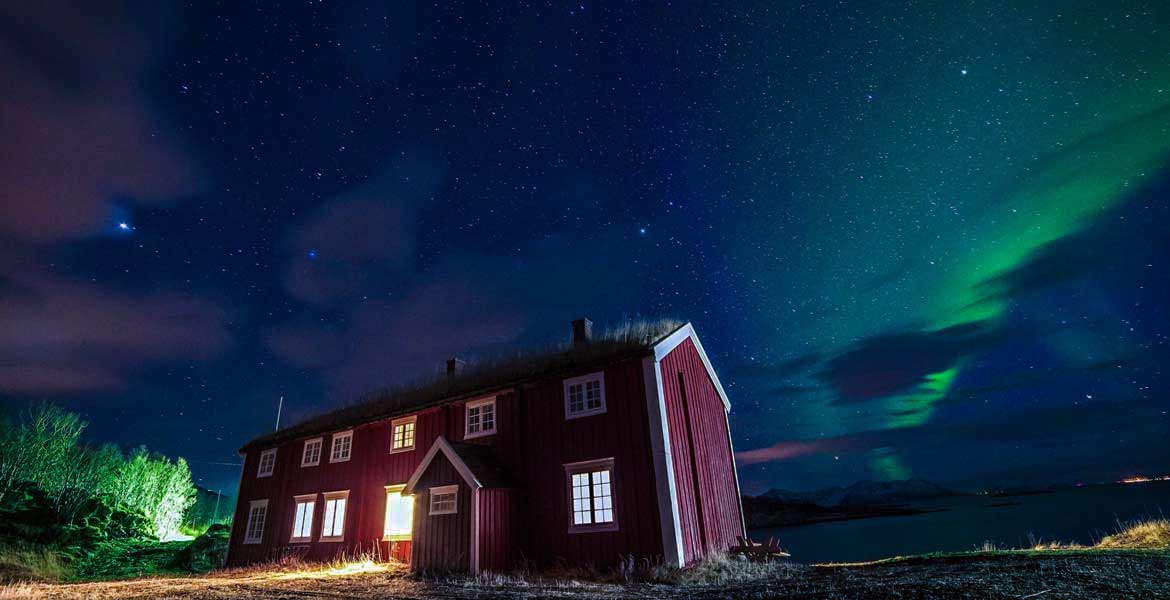 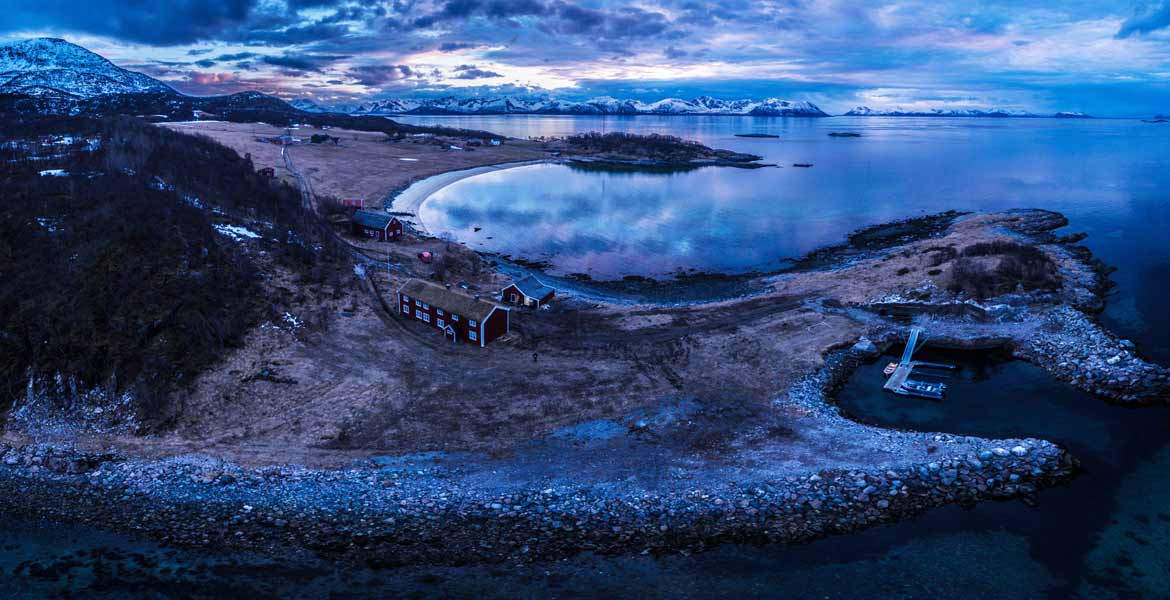 Elgsnes is located in a beautiful area slightly outside the town Harstad, with mountains and fjords, green meadows and a rich bird- and wildlife. Andfjorden next to Elgsnes is well known as a particularly good halibut fjord, but also with plenty of good fishing spots for cod, coalfish, haddock, ling, tusk, redfish and most other fish species found in the north. In the sea there are also seals and whales, and eagles soar over with a keen eye for fish coming to the surface. On fine summer days you can enjoy your stay at the sandy beach in the horseshoe bay Vågen, and on quiet summer nights the colours of the midnight sun beams reflecting from the sea. Taking the trip up the mountain Elgen above the farm, you have a magnificent view in all directions, and if you are brave enough, the mountain is a good starting point for hang gliding. Elgsnes has little light pollution, and is therefore excellent for those who are hunting spectacular views of aurora borealis in the dark season.

Elgsnes has been inhabited from the early Stone Age, at least 10.000 years ago. Many finds have been made on the farm from the Neolitic period (5.000 – 2.000 B.C.), but from the Bronze Age (2.000 – 0 B.C.) there is little left from the two big cairns. A woman’s grave from the Merovingian period (600 – 800 A.D.) was richly equipped, including jewelry from the Baltic region and Karelia. And the blacksmith's grave from the Viking Age (800 - 1.050 A.D.) was, when it was opened in the 1950s, considered as the fourth richest of its kind in Scandinavia. The trade station down at Raten has a history dating back to 1675. At its peak there were 23 houses at the promontory, including the main building from 1723. In 1798, the trade station got a royal license as a guesthouse, so the use of the building for overnight guests started more than 200 years ago. As Harstad developed as a trade center, the trade here in Elgsnes declined, and in 1914 it came to an end. The houses were sold off, so today only the main building is left from the old houses.